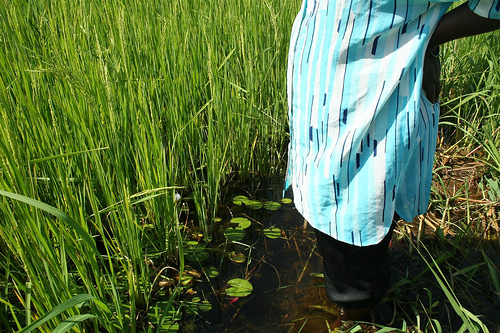 The UNVDA farms were developed by the government rice corporation - the UNVDA. The land was cleared and leveled. A system of irrigation and drainage canals and access roads was built.

However since the original development (1977), the infrastructure is facing considerable disrepair. This picture is from Block 1 of the UNVDA farms. The banks of the irrigation canals have been broken by the cattle during their seasonal watering drive.